December 30, 2014 – Institute researchers Rob Worden and Sarah McLean completed the project, “Assessing Police Performance in Citizen Encounters: Police Legitimacy and Management Accountability,” with a report by that title to the sponsor, the National Institute of Justice.  Working with the Schenectady and Syracuse Police Departments, the project provided for measuring police performance in terms of citizens’ judgments of procedural justice; in each city, monthly samples of people who had a contact with police were surveyed about their experiences, with results fed back through the departments’ management accountability systems.  Based on the premise that ‘what gets measured gets managed,” one would suppose that with the introduction of periodic measures of citizens’ experiences into the management system, performance would improve over time.  But Worden and McLean found evidence of organizational “loose coupling”: performance measurement and management accountability in police departments is only loosely connected to street-level practice.  In addition, they found that officers’ behavior – the procedural justice and procedural injustice with which police treated citizens – is only weakly related to citizens’ judgments about their experiences; instead, it appears that citizens’ assessments of officers’ conduct are influenced by their previous attitudes toward police and other features of social context, more than they are by what police do.  Over time, neither survey-based measures of police performance nor observed patterns of police behavior changed much if at all.

Rob Worden said that “We began with the naïve assumptions that police could build legitimacy – that is, the public’s trust and confidence – one contact at a time, by treating people with procedural justice, and that these aspects of police performance would be better managed if measures of them were available to managers.  Our findings lead us to believe that neither assumption is tenable.”  Sarah McLean said that “We found fairly high levels of citizen satisfaction at the outset in both departments, and those levels remained high over time.  We found in officers’ behavior moderate levels of procedural justice and low levels of procedural injustice, which were also stable over time.  And we found among managers, supervisors, and officers a continuum of views about procedural justice and ‘customer service’ in policing, which is symptomatic of the challenges in changing the ways that people do their jobs, especially when the job is performed in an uncertain and sometimes dangerous environment.”  Worden added that “If we’re right – one study does not establish these conclusions as facts – then some contemporary prescriptions for police reform are unlikely to have the anticipated effects.”

Both researchers expressed their appreciation for the departments’ executives – Chief Mark Chaires and Chief Brian Kilcullen in Schenectady and Chief Frank Fowler in Syracuse – and their personnel for their interest in and unstinting cooperation with the project, and to NIJ for its support.

July 8, 2013 – The Finn Institute’s analysis of the effects of public surveillance cameras on crime and disorder was accepted for […] 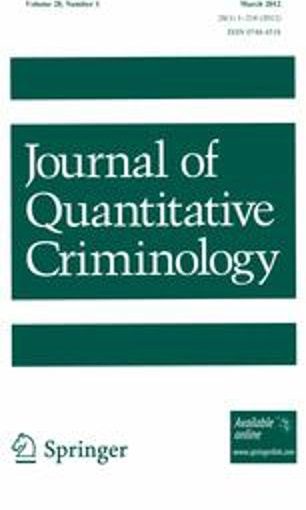