Albany, NY, August 8, 2018 – “Reflections on Compstat in the Community Era,” by Rob Worden and Sarah McLean, was recently published as a ‘white paper’ by the Vera Institute and the Police Foundation. Compstat is a management accountability system introduced in the New York City Police Department (NYPD) in the mid-1990s, and widely emulated by American police departments thereafter. Compstat has been applied mainly for the purpose of crime control, and extending it to the range of issues that arise in the context of community policing is a challenge. The Vera Institute and the Police Foundation commissioned a series of papers on this problem in 2016, including Worden and McLean’s. All of the papers are now available at   https://www.compstat360.org/resources/#publications.

“Compstat is not an off-the-shelf product. It must be adapted to the environment of the agency that adopts it,” Worden said. “And bending it to serve the goals of community policing will require a system of performance measurement the likes of which policing has not heretofore seen.” 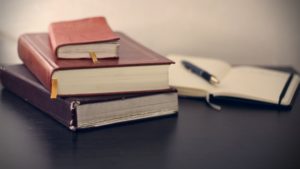 September 1, 2011 – The Finn Institute’s analysis of stops by Syracuse police was accepted for publication in the peer-reviewed journal Police Quarterly.  […]