Albany, NY, October 31, 2013 – Today the John F. Finn Institute for Public Safety, Inc., announced that it has received a $486,485 grant from the National Institute of Justice, under its Research and Evaluation on Policing program, to conduct a multi-site evaluation of police early intervention systems.  Institute researchers Robert Worden and Sarah McLean will lead a team of scholars that includes Eugene Paoline (University of Central Florida), Chris Harris (University of Massachusetts-Lowell), and KiDeuk Kim (the Urban Institute).

Based on the premise that a small set of “problem officers” account for a disproportionate fraction of police misconduct, an early intervention system is a management tool used to monitor indicators of misconduct, identify officers who display symptoms of problem behavior, and intervene with counseling or retraining.  Early intervention (EI) systems are widely considered to be promising mechanisms for enhancing police integrity, but social science provides little evidence on their effectiveness in reducing misconduct or their unintended – inhibiting – effects on appropriate uses of police authority.  The Institute’s study will add to the empirical evidence on the structure, operation, and effectiveness of EI systems, based on a survey of agencies that operate such systems and especially an in-depth and rigorous process and outcome evaluation in each of five police agencies.

Rob Worden said “We’re very pleased to have the opportunity to learn more about how EI systems operate and with what effects.  They have been touted as a best practice, but without a solid base of scientific evidence on their effectiveness.  Most of the evaluative research rests on weak designs.  Although the logic model of EI systems is intuitive, EI systems are based on performance indicators that leave a lot to be desired, and there is also some reason to think that EI systems could have adverse effects.  In any case, we – that is, social scientists – can and should do better.  Police practitioners need to know more about patterns of police misconduct and how EI systems alter police performance.”  Referring to co-principal investigators Paoline, Harris, and Kim, he added that “Sarah and I are thrilled to be working with such a talented group of researchers.  Each of them is an accomplished and respected scholar, and I’m confident that together we’ll make a substantial addition to the knowledge base.”

December 14, 2011 – With Project Safe Neighborhoods (PSN) funding through the U.S. Justice Department’s Bureau of Justice Assistance and the Rosamond […] 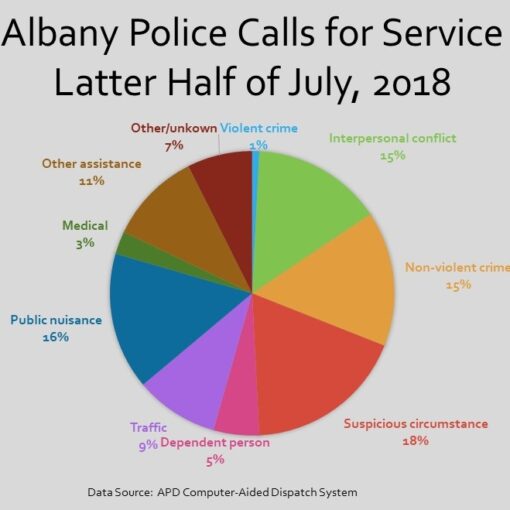