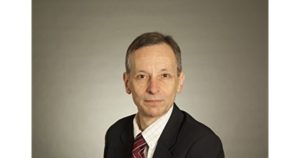 Dr. Worden conducts basic research on the forces that shape police decision-making and behavior, and applied research on criminal justice strategies, programs, and reforms. His scholarship has appeared in Justice Quarterly, Criminology, Law & Society Review, and other academic journals, and it has been funded by the National Institute of Justice, the Bureau of Justice Assistance, the Laura and John Arnold Foundation, the New York State Division of Criminal Justice Services, and other sponsors.   He is the coauthor (with Sarah J. McLean) of Mirage of Police Reform, published by the University of California Press in 2017.  In 2000, Dr. Worden was appointed to serve on the National Research Council’s Committee to Review Research on Police Policies and Practices, whose report, Fairness and Effectiveness in Policing: The Evidence, was published by the National Academies Press in 2004.  In 2001, he was appointed by New York’s governor to serve on the New York State Law Enforcement Accreditation Council, on which he continues to serve.  In 2018, Dr. Worden was recognized by the Police Section of the Academy of Criminal Justice Sciences with the O.W. Wilson Award for outstanding contributions to police education, research, and practice.

McLean, Sarah J., Robert E. Worden, and MoonSun Kim, 2013. “Here’s Looking at You: An Evaluation of Public CCTV Cameras and Their Effects on Crime and Disorder,” Criminal Justice Review 38: 303-334.

Worden, Robert E., Robin L. Shepard, and Stephen D. Mastrofski, 1996.  “On the Meaning and Measurement of Suspects’ Demeanor toward the Police:  A Comment on ‘Demeanor and Arrest’,” Journal of Research in Crime and Delinquency 33 (3): 324-332.

Worden, Robert E., 1995.  “The ‘Causes’ of Police Brutality:  Theory and Evidence on Police Use of Force,” in William A. Geller and Hans Toch, eds., And Justice for All:  Understanding and Controlling Police Abuse of Force.  Washington:  Police Executive Research Forum.