October 28, 2015 – Institute research was featured at the 122nd annual conference of the International Association of Chiefs of Police (IACP), in Chicago. On Saturday, Rob Worden and Sarah McLean appeared on a panel that was organized, supported, and convened by the National Institute of Justice, and entitled “Improving Community Relations: Evidence on Police Legitimacy and Procedural Justice.”
Their presentation, “Procedural Justice in Police-Citizen Encounters: Measurement and Management,” built on their research on this topic in Schenectady and Syracuse. “Our study found that enhancing police legitimacy by placing greater managerial emphasis on procedural justice in contacts with citizens confronts several problems,” Worden said. “First, levels of procedural justice are already fairly high, leaving only some room for improvement. Second, managers, supervisors, and front-line personnel do not all embrace the same positive conception of procedural justice. Third, citizens’ subjective assessments of procedural justice are not strongly affected by officers’ overt behavior toward them.” A more complete description of which is available in their report to the National Institute of Justice, Assessing Police Performance in Citizen Encounters: Police Legitimacy and Management Accountability.

Yesterday, McLean presented findings from the Institute’s survey of police agencies’ early intervention systems, “Features of Contemporary Early Intervention Systems.” The poster presentation, and a brief report, was based on analysis that she completed with Worden, Gene Paoline, and Julie Krupa. “Contemporary EI systems exhibit broad structural commonalities but also wide variation in the configurations of indicators, thresholds for identification, review, and monitoring,” McLean explained, “and we take this variation to reflect an absence of professional consensus or evidence-based guidance.” The second phase of their NIJ-funded project, “Early Intervention Systems: The State of the Art,” is designed to help fill these gaps, she added. 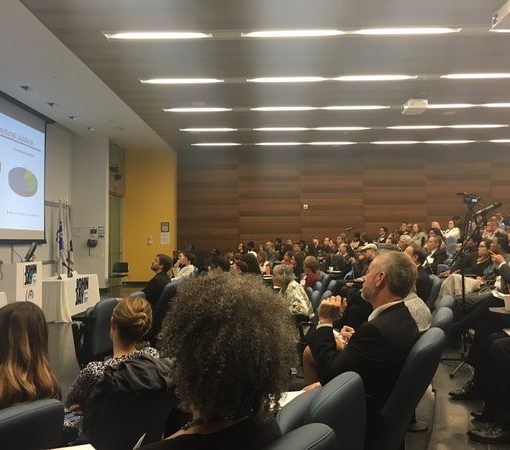 Cincinnati, OH, May 20, 2019 – Police practitioners and researchers at the annual conference of the American Society of Evidence-Based Policing heard […]