November 20, 2015 – Institute research was disseminated at the annual conference of the American Society of Criminology in Washington earlier this week. Findings from the Institute’s survey of police agencies’ early intervention systems were presented on Wednesday. On behalf of the research team, which included Rob Worden, Sarah McLean, and Julie Krupa, Gene Paoline summarized “Varieties of Police Early Intervention: The Structure of Contemporary EI Systems.”
On Thursday, Rob Worden and Kelly Becker presented their poster, “Tip of an Iceberg: Citizen Complaints and Citizen Dissatisfaction with the Police,” which showed that when citizens are dissatisfied with an encounter with the police, they rarely file formal complaints against the police. “Citizens who are dissatisfied are most likely to do nothing about it, as many do not even think of it as a reason to complain,” Kelly Becker explained. “And when they take action to complain, most often they do not channel their grievances through the formal complaint review system. If we want to understand police accountability, we need to look below the tip of the iceberg that the review of formal complaints represents.” 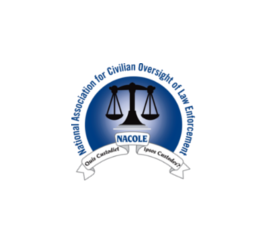 Institute Research at the Annual Conference of the National Association for Civilian Oversight of Law Enforcement(NACOLE) September 13, 2017 – Rob Worden, […]